- November 06, 2012
Well, there we go. Halloween is over for another year. All those people who decide to make that one day something special will have a long wait for the next one. As for the rest of us, you know, those people who are horror 365 days a year and don’t necessarily need that one day to cement the fact are continuing on. Business as usual!

I know, how very cynical of me and I don’t mean it really. I love Halloween. Being from England, there is very little to get excited about on Halloween. The day passes by with very little notice in most places. Example, we dressed our house up, carved the pumpkin went trick or treating and my daughter received a handful of sweets! In contrast, our street contains approx 30 houses. Of which, 4 were dressed up, 20 were in complete darkness so as to look empty and the rest were playing ball to an extent but all in all, very disappointing.

As a Brit, we see films, TV shows and other media from the States and the wonder of Halloween is something to behold. I am not sure if it is some kind of misconceived perception but it looks as though Halloween in America would be awesome!

Why November 10th I hear you say? No reason. I just looked at the calendar and decided on this Saturday! As with anytime of the year, moods change, seasons change and with that, so do your selections. Sometimes on a warm summers evening I find myself watching slasher’s, yet on a cold winters night, I can happily sit and enjoy some supernatural horror!

With all that being said, here is a Random List of Horror movies to watch next Saturday:


Please remember this list in no way represents my favourite or indeed anyone’s favourite films. I obviously can’t speak for everyone, for all I know, your favourite may be on this list. It is purely a “Random” list compiled of the first few films chosen at random that stray slightly further from the time honoured selection process than most...

8. The Silence of the Lambs:

This film would quite possibly find its way onto most peoples’ rundown of favourite films. Anthony Hopkins plays Hannibal Lecter in the second story (First film, excluding Manhunter) of the series. Jodie Foster plays Clarice Starling who must enlist Lecter’s assistance in tracking down a serial killer known as Buffalo Bill (Ted Levine). Amazing imagery and atmosphere is generated by Jonathan Demme in this multi award winning masterpiece.

It’s not the original, it’s not the “best” but for some reason of the seven
original films in the series and not even considering the abysmal re-make, this was the most all-round enjoyable film of the lot!

Harrison Ford battles his demons of the past in this chilling supernatural thriller. Not really a horror film per se but an enjoyable thriller with Ford alongside Michelle Pfeiffer. Some creepy scenes coupled with a nice twist influenced the decision to include this on my random list for films to watch next weekend.

Although many believe the original to be a master stroke in film making and storytelling, I personally guessed the outcome fairly early on as a “stab in the dark” reaction that turned out to be true so in that respect, I was slightly let down when it actually happened and the great twist everyone was talking about was somewhat expected. But, when I watched Saw 2, I was more than impressed and the franchise really took off from this one. Not everyone’s favourite but entertaining enough to find its way onto this list.

There is a pattern to this list and that pattern continues with Diary of the Dead. Far from Romero’s best and if I’m honest, after Survival of the dead, this one is the poorest but poor by the standards set in Night and Dawn still makes Diary an extremely satisfactory entry to the dead series from the master of Zombies himself. Diary plays on the recent trend of handheld “true events” films in the vein of [REC] and Cloverfield. Even though with timings etc, Romero may have jumped the lot and restarted the trend?? I’m not sure. Either way, Diary of the Dead provides us with an exceptionally original and wholly enjoyable film. 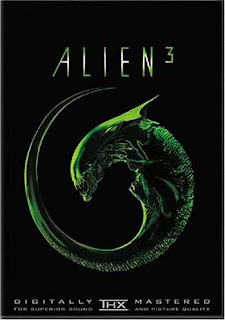 There’s that pattern once more. Alien is regarded as one of the greatest films ever made, never mind horror film. Ridley Scott providing us with as close to perfection as a sci-fi film can be. Aliens and James Cameron took the franchise down a more action packed route and Alien Resurrection seemed a little bit like a money making exercise. However with all that noise, people sometimes forget about Alien 3. I thought this film was a great way to finish what would have been one of the best trilogies ever made. A trilogy that was not so much spoiled by Resurrection, if anything it only left us unfulfilled and wanting more, that little extra taste of Ripley kicking ass after having died and been resurrected as a hybrid was more than compelling. Having recently watched Prometheus I have to say I am very excited to see the next instalment and watch as the franchise evolves from the other end. 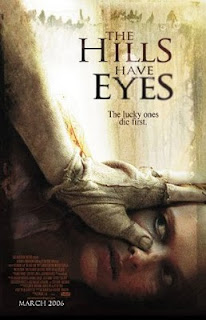 I refer you to the remake from 2006 directed by Alexandre Aja. The first time I watched this one, I hadn’t yet seen Wes Craven’s original but I have to say I enjoyed it immensely and after watching the original, I almost grimace to admit, I prefer the remake. Sorry Mr Craven. Mutant Hill folk left horribly disfigured through fallout from nuclear testing swoop in and cause havoc upon an unsuspecting family travelling through the desert. It is left in the hands of Doug (Aaron Stanford) to save the day and rescue his kidnapped baby girl. A fast paced gorefest with shocks galore make this fantastically enjoyable remake and a great addition to anyone’s collection. 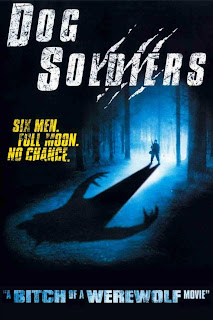 A low budget British Werewolf film pits a squadron of soldiers in a training exercise against a family of werewolves in the highlands of Scotland! What more do I need to say? Possibly the most all round enjoyable werewolf film ever made and when you consider the money that goes into making big budget Hollywood films, it makes this low budget effort all the more enjoyable. Funny, gory and action packed from start to finish. Any fan of Shaun of the Dead or Severance would love this film and its one that should be seen by all fans of the genre.