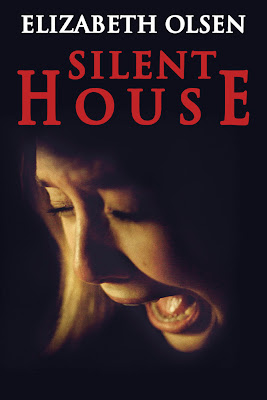 I first saw this advertised before watching Chernobyl Diaries and while the premise sounded quite familiar, the delivery made me really want to watch. So, off I went to my local retailer and lo-and-behold, the same sale that gifted me Chernobyl Diaries for £5, also gave me this title for the same price. I was quite happy to say the least.

The film follows Sarah (Elizabeth Olsen) who has travelled with her father, John to their lakeside retreat to pack it up ready for selling. Helping them along the way is Peter, John’s Brother. The house itself is quite run down and in a fairly poor state. After a petty brotherly argument, Peter leaves to get away for a bit, leaving Sarah and her dad alone in the house.

A strange encounter with Sophia, who says she used to play with Sarah when they were kids, sets the tone of the film very well. Despite being friendly about the reunion, Sarah appears to have no clue whom she is. Either way, they arrange to meet up later. She leaves and Sarah returns to the sanctity of the house. Locking the door behind her!

She begins to hear strange noises coming from upstairs. After alerting her dad, he begins an investigation but soon falls foul of something sinister. Assuming its intruders, Sarah attempts to flee the house but with all the windows boarded up and unable to find the key for the door she recently locked, there is no way out! She must now attempt to find her dad and escape this nightmare before things get any worse!

I don’t really want to give anymore away, so I won’t! 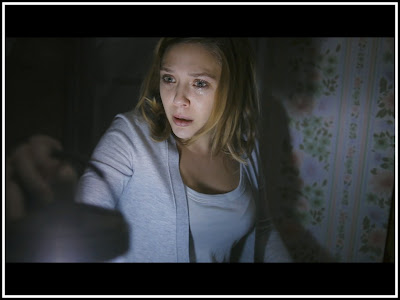 The most interesting thing about this film is the way it’s made. It is filmed to give the impression of one long single shot take. In reality they filmed small segments and carefully edited the scenes together but it is done so well, better than I have ever seen before in fact, that it makes this film feel real. Throughout the entire film, the viewer can almost literally put themselves behind the shoulder of Sarah who occupies about 98% of the runtime.

This technique helps immensely with the atmosphere as it feels like we’re some creepy fly on the wall. An unwavering fixation on Sarah as we follow so closely we genuinely feel and share her fear! Some scenes I was found holding my breath along with Sarah as she hides in the furthest recesses of this old rickety house!

The name Olsen was kind of familiar, so a quick check on iMDb helped me learn that she is younger sister of the Olsen twins and this is one of her first forays into motion pictures. If this is anything to go by, I can safely assume she has a long and successful career ahead of her. Her role in this film was played brilliantly from start to finish, as she took me in and made me really empathetic towards her and her plight!

As for genuine scares, Silent House didn’t have many but with the type of film it was, I wasn’t really looking for scares. The build-up of immense dread, suspense and apprehension are enough to fuel this type of film. However, when something special was offered for the eyes, it was more than enough to keep me on the edge of my seat. A great story brilliantly portrayed and told through the work of actors and directors, Silent House is one I would certainly recommend!