Movie Review: The Realm aka The Ouija Experiment (2011) 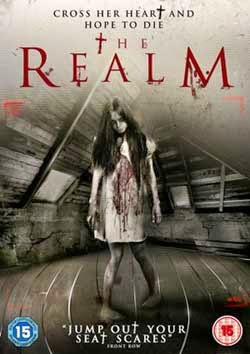 I sometimes forget where I pick these films up, this one was either 1p on Amazon (Thanks Zoverstocks) or it was £1 in Poundland. Either way, its been in my collection for a while and I randomly selected it for viewing.


I learned a long time ago that in no way should you ever judge how good a film may or may not be by the content of its cover. This is no exception. On first glance, a very professional looking cover with a picture that is vague enough to have you instantly intrigued. It even included a cardboard sleeve slip case for extra professionalism. Whichever way you look at it, I was impressed by the presentation. But, what about the important thing, the film itself???


We follow Brandon, You Tube “Star” with a whole 20 views and his friend Shay who is taking Brandon to her, stay with me on this, “hot boy friends” best friend, Michael's house! Still with me? Good!


Upon arrival the pair are met by Lynette who is said “hot boyfriends” sister. “Hot boyfriend” will henceforth be known as Calvin and as we are introduced to Michael, the whole group is now ready to begin.


Once the pleasantries are dealt with, Michael informs the group that they are all in fact there to enjoy a leisurely game of Ouija Board! As you do... The group begin their game and we are treated to the stereotypical spectrum of reactions. From “Its real” all the way down to jovial scepticism, the whole thing feels a bit silly at first. What ensues turns this innocent game into a dangerous game of cat and mouse! So, when we drill it down, The Realm had the feel of a low budget You Tube film. The script was so-so and the delivery was believable enough to hold it all together. Fortunately for the viewer we are treated to a few frights, seldom seen low budget or Random Horror Films.


Nothing in this world is scarier to the average red blooded man than the female of the species and even more so when that female is 5 years old and... oh yeah, dead! The Little Girl Ghost has always been a creepy prospect for me, ghost stories as a kid and of course the twins from the eerie hallways of the Overlook Hotel!


The Realm features some very satisfying scenes. Anyone who has seen the You Tube video of the girl ghost crying in a hallway will appreciate some of the scenes in this film. I am not deluded enough to believe that the videos people post of “Real Ghost Captured on camera” are real but I enjoy watching them purely for how inventive and well made some of them are. There's a definite artistry involved! 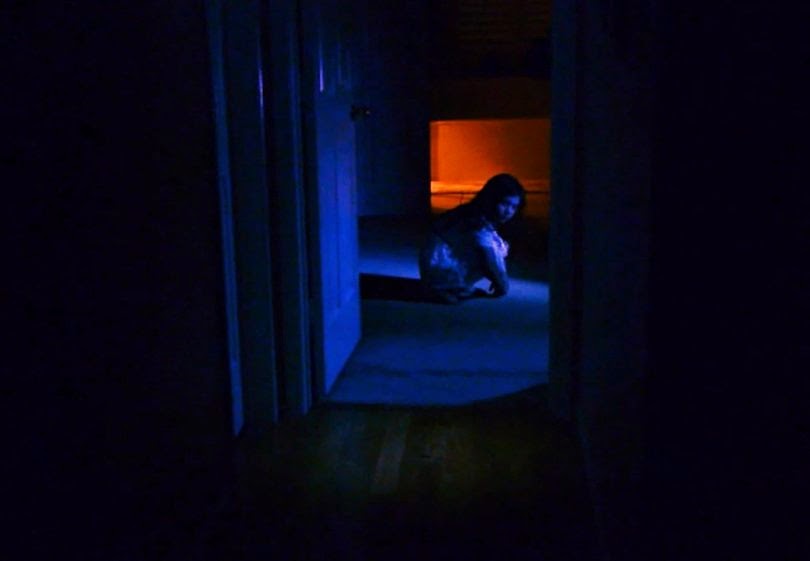 The Realm doesn't quite deliver on its early promise but it did have a few scenes that was enough to make me enjoy watching, even if it did take a few detours along its way towards a slight twist ending. The only reaction that could be generated with the telegraphed “twist” however was “I saw that coming!”


So, for the guts of it, The Realm feels low budget and I suppose it should, according to IMdB, the budget for this film was $1,200! With that knowledge, I am more than impressed with what the film makers managed to achieve. Its definitely worth a watch but don't expect too much!