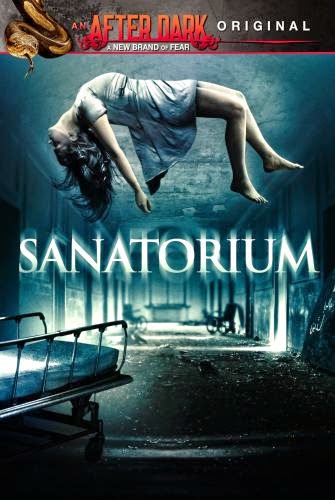 While out and about doing my weekly shop, I came across a DVD with the tell tale “After Dark Original” banner splashed across the top of the case. I'm something of a Blu-Ray snob these days, so much so that I have just started archiving all of my DVD's in cool little Disc selector while re-buying some of the better ones on BD but its not everyday I find an After Dark Original in my local Tesco store so I made an exception. In hindsight I could of ordered the Blu-Ray on Amazon but I needed something to watch that night so I just bought it.


Now I haven't reviewed as many of the After Dark titles as perhaps I should have but I have about 12 in total. From memory, The Task and Husk are probably among the better ones with only The Scream of the Banshee being on the poor side, from the ones I've watched so far.


I suppose most people would be saying. Oh no! Not another found footage film about a group of paranormal investigators in some cliché ridden abandoned house with a wonderfully sinister back story!


Personally, I love them! Although the quality varies and some are bordering on the criminal. Every now and then one stands out and succeeds at creating something enjoyable and fun. 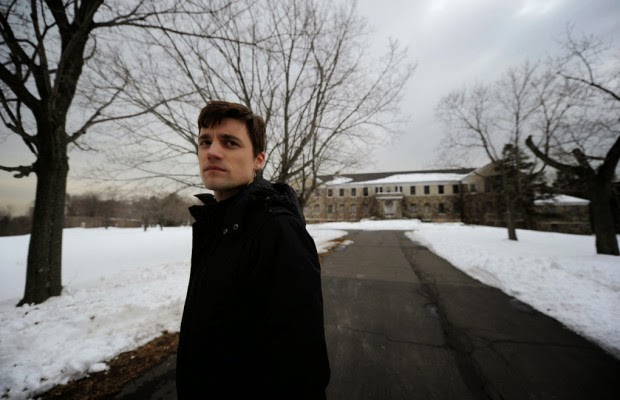 With Sanatorium the group are called The Ghost Trackers and for their 100th episode they have travelled to the 'notorious' Hillcrest Sanatorium for a night of spook spotting. With an impressive build up story complete with details of a grizzly murder/suicide involving a mental patient and some children, the group set up the standard equipment and begin their investigation.


On the anniversary of the murderer's suicide, The Ghost Trackers go through the usual paranormal investigation rituals. The time honoured EMF reader, digital recorders, infra-red imaging and even motion sensors equipped with an alarm that sounds whenever they're triggered. All good touches.


There is very little to say in terms of storyline because as most will know, all of these films are very similar. Its the little differences that set the good ones apart. Satisfactory acting coupled with a good script tick those boxes. In terms of actual scares, the fear factor for Sanatorium is generated more by what you think you saw as opposed to what they actually show us. I have seen some terrible versions where the apparitions are on full display in all their CGI 'glory' but executed so badly, it eliminates any semblance of atmosphere and fear. No problems like that here though as we are treated to a few creepy moments and the odd jump. If I have one criticism, it is that where they succeed in maintaining a creepy atmosphere, they did not utilise that to its full potential. I think a little too much time was wasted getting them into the building and not enough time focusing on the build up to the final “showdown”. One of my favourite's from this category, Grave Encounters found the mix perfectly and should be the benchmark for all others.


Saying that, films I have seen recently like The Speak and Episode 50 fail miserably, so finding that balance is the most important aspect for any future hand held ghost hunter style horror film.


After all is said and done, Sanatorium impressed me and I can say I wholly enjoyed the experience. I would watch it again, if only to see if I can spot more hidden “what was that” moments.


After a small bit of research, I think the Hillcrest Sanatorium is actually a real place. Located in Howell, MI, it did house people with TB. I can't comment on the story given in the film and I'm fairly sure the actual filming location is somewhere totally different. Still, it is quite unnerving to try and imagine the pain and suffering that was felt within walls of places like this...