Where do I start with this film? I have never had an issue with subtitles, so when my girlfriend suggested a film she saw a trailer for on Netflix, the subtitles quirk did not put me off.

A quick stop via YouTube to watch the trailer and I was definitely in the mood for this film!

A teenage girl, Veronica, who seems to carry the weight of the world on her young shoulders is introduced to the audience as the mother figure. She not only has to contend with getting herself ready for school every morning but also her 3 young siblings who consist of twin girls Lucia and Irene and youngest, Antonito.

We quickly learn that this family has recently gone through some extremely difficult times as it is gleamed that their father has recently passed away and their mother has to work long hours to support the family.

Veronica has obviously decided. Along with her best friend Rosa, that she wants to try and get some closure so with a ouija board in hand, she attempts to make contact with her recently departed father.

The girls, along with another friend take advantage of a total eclipse and while all their classmates and teachers are occupied observing the spectacle in the sky, they make their way to a secluded area of the school and begin their seance.

As you can imagine, things go drastically wrong and the movie begins! 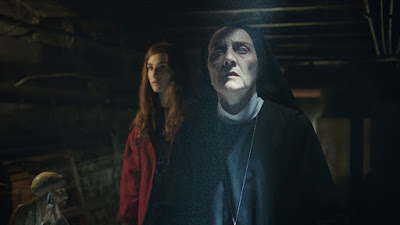 Veronica is a slow burner with very few moments in the way of genuine scares but what it lacks in those, it more than makes up for in raw atmosphere. I’m not sure if its just me but there is something very atmospheric and unnerving about foreign language films which is somehow not matched by their American counterparts.

I am not saying this makes all foreign language films better than any other, I am simply saying it is a different style of filmmaking. One which I enjoy thoroughly from time to time.

While this film stands as a prime example of my previous statement, it does carry a weight of expectation. With the knowledge that the events that take place are based on supposed true events which befell a young girl in Spain in 1990, the film instantly holds a certain stigma. 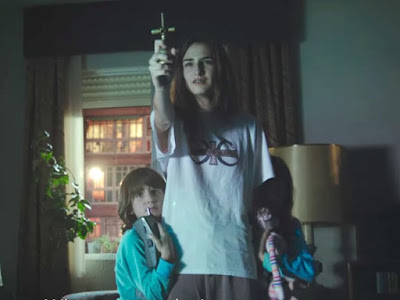 I would fully recommend this film to anyone wanting a good possession film who isn’t looking for the overly ridiculous or extremely fearful experience.